Jewish people on all continents watch anxiously as anti-Semitic attacks appear to be on the rise worldwide.  We wonder if our senses deceive us.  Can we actually be sliding into an abyss of anti-Semitism that we believed modernity had dispelled?  A comparison of reports on the incidence of anti-Semitic attacks in 13 countries in Europe, North America, and Australia cast a harsh light on reality of our situation.

The efforts of The European Monitoring Center on Racism and Xenophobia (EUMC) developed the following working definition of anti-Semitism likely similar to definitions used in the compilation of the 13 reports examined here by Connected Wisdom.

“Anti-Semitism is a certain perception of Jews, which may be expressed as hatred toward Jews. Rhetorical and physical manifestations of anti-Semitism are directed toward Jewish or non-Jewish individuals and/or their property, toward Jewish community institutions and religious facilities.”

While the types of anti-Semitic incidents in these reports likely involve hate crimes or criminal attacks against Jewish people and property, anti-Semitism manifests itself in a much broader variety of forms. For that reason, the figures cited in these studies probably represent just the tip of the iceberg of worldwide anti-Semitism. 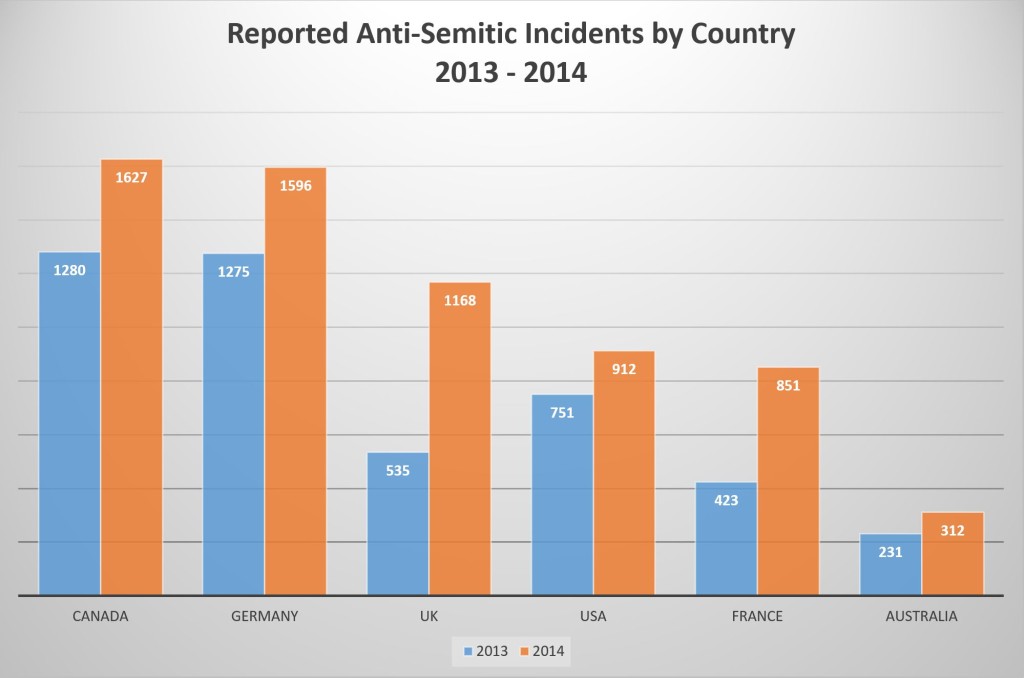 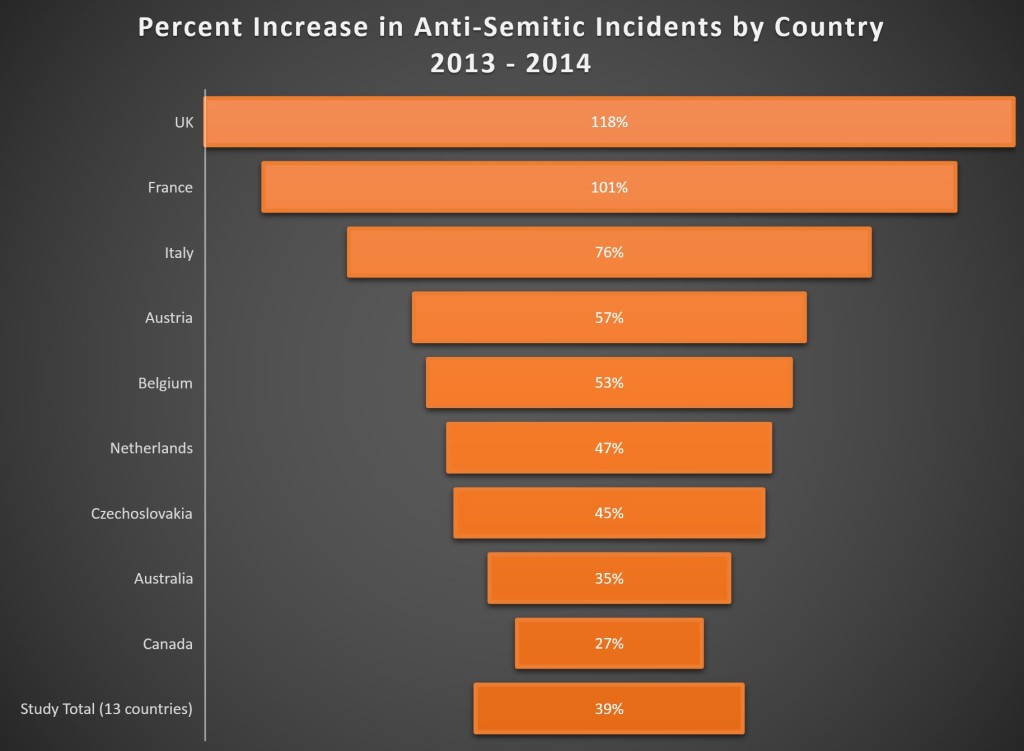 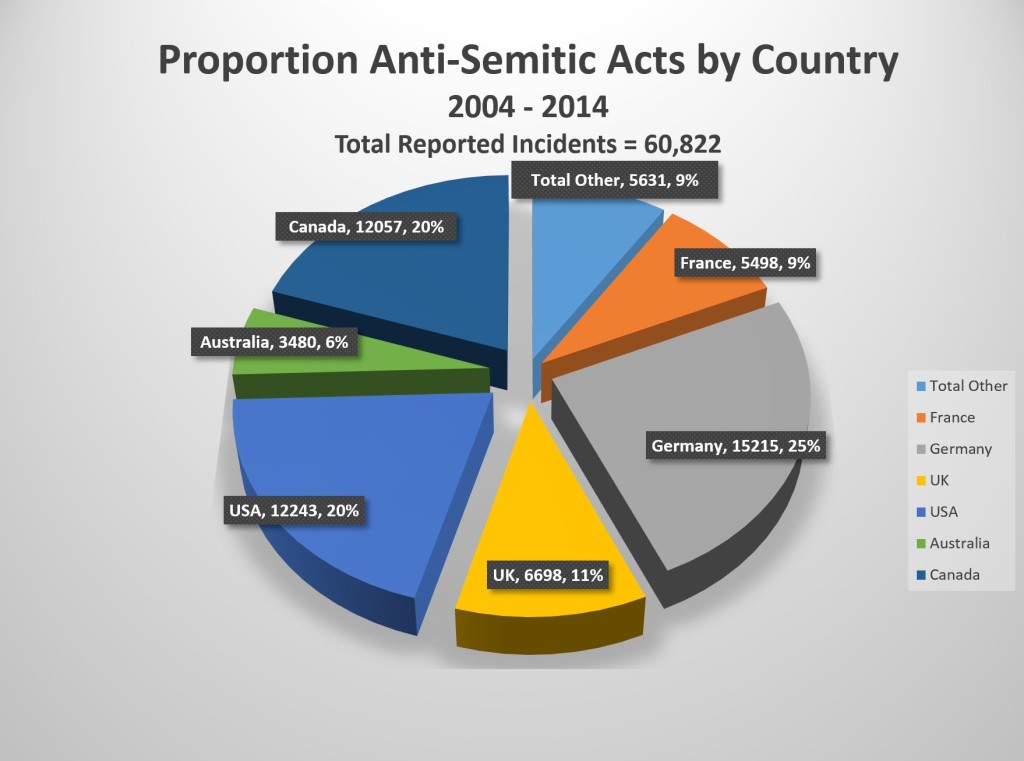 It is important to note that the types of anti-Semitic incidents accounted for in the Connected Wisdom comparison make up only a fraction of the vast spectrum of types of anti-Semitism.  A brief list of unmeasured forms of anti-Semitism certainly includes:  1) anti-Zionism expressed as de-legitimization, demonization, and the application of double standards to Israel, 2) actions and impacts of the Boycott, Divestment, Sanctions (BDS) movement, 3) Holocaust denial and glorification by government leaders, religious leaders, and the media, 4) the promulgation of demonizing cartoons and posts, as well conspiracy theories directed towards Jewish people, via social and print media.

No matter how you cut it, there is certainly substantial reason for grave concern regarding both the incidence of anti-Semitism and rising rates worldwide.  With the painful lessons of the past firmly in mind, we would do well to understand the phenomena revealing before our eyes and to unite our efforts to transform the situation.